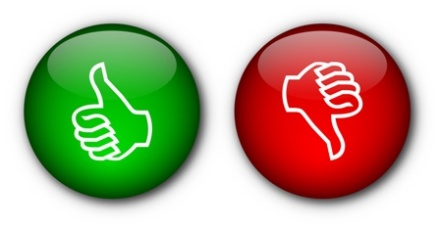 19yo male is brought into the emergency department by EMS after getting into an altercation and getting knocked unconscious.  He unsure of how long he was out, but he came to once EMS arrived.  He denies any nausea, vomiting, or vision changes.  He is drowsy/lethargic with his eyes closed, but is arousable to voice.  He can carry on a conversation, but he needs frequent redirection and he does not know where he is.  While talking with him, the nurse starts an IV and he tries to swat her away with his opposite hand.

What is the classic score we use and what is his score?

The Glasgow Coma Scale (GCS) was first devised in 1974 and has been the predominant neurologic scoring system since.  It takes into account 3 main variables and each variable has a point score attached to it.  The maximum score is 15 and the minimum score is 3 (3T if intubated).

How good is it?

The GCS was never designed to be used for acute injury.  It was created to monitor changes in neurologic status of patients in a neurosurgical unit and was not designed to have the 3 individual variables combined into one score.  Here are the important limitations of the GCS.

Are there any other scoring systems out there?

The motor subscale of the GCS has been proven to be most predictive of outcomes in patients with neurologic trauma and injury.  This has led to debate about whether to do away with the other 2 subscales and use just the motor score (since it has been shown to close to linear in regards to survival).

But this is still 6 points and some argue can be further simplified.  One study broke down the 6-point motor subscale and found that only 3 of those were statistically important.  Those are:

This new Simplified Motor Scale can be remembered by the acronym TROLL (Test Responsiveness: Obeys, Localizes, Less).  2 other simplified scores have also been created to help quickly determine neurologic status.  These are:

There is another, although more complicated, score called the FOUR score, which has 4 components and stands for Full Outline of UnResponsiveness.  Unfortunately, it is even more complicated than the GCS (in the original study it was performed by neurologic specialists, not general practitioners) and it performed just as poorly in external validation studies as the GCS. 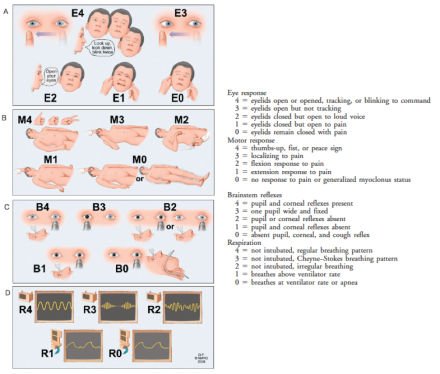 GCS is essentially worthless clinically even when it is calculated correctly.  Simplified scores give just as much information, are easier to use, and are just as predictive. But….you will always be asked “what is the patient’s GCS”, in spite of the growing evidence against it.