Clinical Significance – As the patient exhales, the abdominal organs move cephalad and under the diaphragm.  After full exhalation and during inspration, the organs move caudal back into the abdominal cavity.  When there is inflammation of the gallbladder, the patient will stop inhaling as the inflammed gallbladder touches the practitioner’s fingers during deep palpation of the right upper quadrant.

History – Named after John Benjamin Murphy (1857-1916), who was an American surgeon and early pioneer for many different surgical operations and techniques.  In fact, William James Mayo (co-founder of The Mayo Clinic) called him “the surgical genius of our generation”.

In 1889, he advocated for and popularized early appendectomy in all suspected appendicitis cases and had over 200 successful cases to begin convincing his colleagues of the benefits of early surgery.  Dr. Murphy also pioneered treatment of tuberculosis with iatrogenic pneumothoraces and was the first surgeon to re-anastomose a transected femoral artery from a gunshot wound.  He was also a distinguished teacher and developed “wet clinics” at Mercy Hospital, where he operated and lectured to an audience of learners in a traditional operative theater. 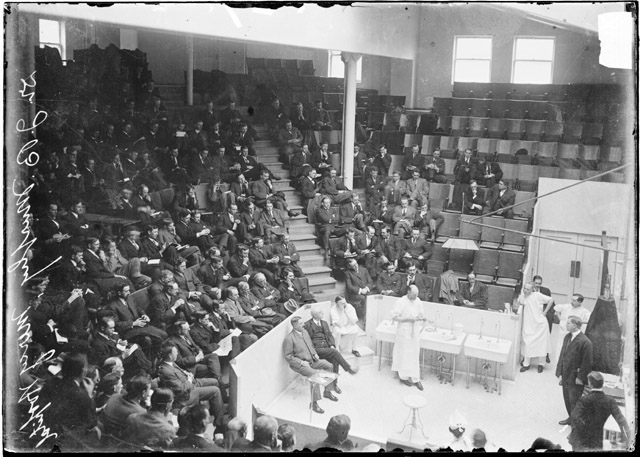 Dr. Murphy also attended to Theodore Roosevelt after an assassination attempt and was one of the founding members of the American College of Surgeons.  He is also the author of one of the more famous quotes pertaining to patient-centered care.