Clinical Significance – Accounts for 10% of all lymphomas and 0.6% of all cancers.  It is also associated with a bimodal age distribution of young adults (20s) and older adults (60s), with a slight male predominance.  Epstein-Barr virus is the most common causative agent and it carries a favorable prognosis.

History – Named after Thomas Hodgkin (1798-1866), who was British physician and considered one of the most prominent pathologists of his time.  He was also a perpetual student constantly learning new techniques including being an early adopter of the stethoscope anda fervent advocate for preventative medicine.  He first described his findings on his eponymous disease in 1832, but it wasn’t until 33 years later when another British physician, Samuel Wilks, “re-discovered” the disease and Hodgkin’s work did it gain any traction and recognition. 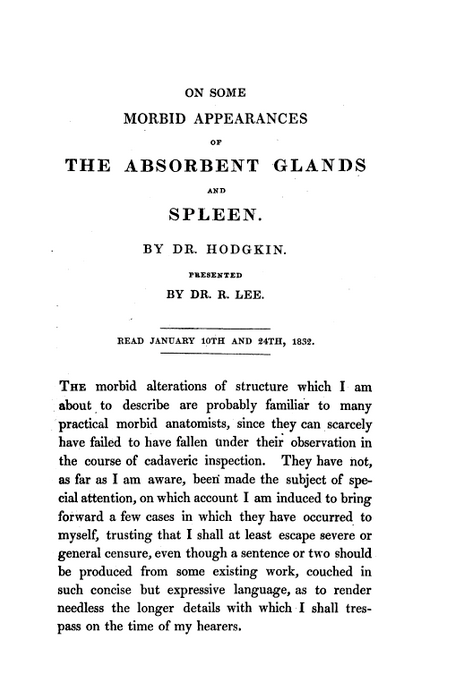