Definition – Rare mental illness in which a person feels they are dead, do not exist, parts of them are decaying or rotting, or they have lost internal organs, blood, or extremities.

Clinical Significance – The pathophysiology is not well understood and the two thoughts are that it is due to lesions or atrophy in the parietal and/or frontal lobes, or due to neural misfiring in the fusiform gyrus that is responsible for facial recognition.

The core concept of Cotard’s syndrome is a delusion of negation and classically progresses through three stages:

It is most common in patients with underlying schizophrenia and psychosis and patients often withdraw from society and the outside world.  Partly because of the delusions and partly due to personal neglect of appearance and hygiene.  There is no DSM-V diagnosis for Cotard’s syndrome, so it falls under the category of somatic delusions. 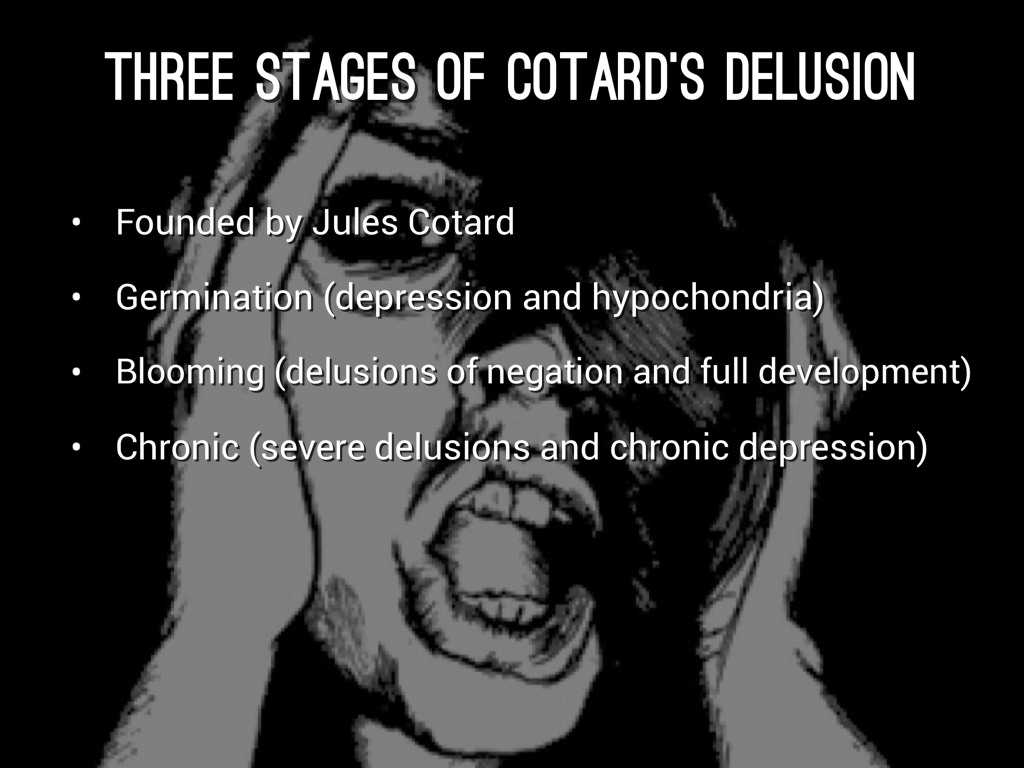 History – Named after Jules Cotard (1840-1889), a Parisian neurologist, psychiatrist, and surgeon who received his medical doctorate in 1868 from the University of Paris and worked at the Hospice de la Salpétriére  under Jean Martin Charcot.  In June 1880, he read a report on “Du délire hypochondriaque dans une forme grave de la mélancolie anxieuse” where he described a case of a 43yo woman who believed she had no brain, nerves, or entrails and that she did not need food, for she was eternal and would live forever.  Emil Régis was the first to coin the eponym in 1893.  In 1889, his daughter contracted diptheria and for 15 days he refused to leave her bedside until she recovered.  Unfortunately, he contracted the same illness and succumbed to disease later that year.

After taking a few weeks off to rest and heal, I start back training for the 2023 season. I am planning on doing at least 3 strongman comps and 3 Scottish games. But for the next 3 months, I have my supplements ready for my #QuestFor300
Another competition season in the books. Made some good progress from last year. I would like to do 4-6 games next year and turn a damn caber in a meet.