Definition – wedge-shaped opacity in the periphery of the lung on chest radiography usually with its base along the pleural margins. 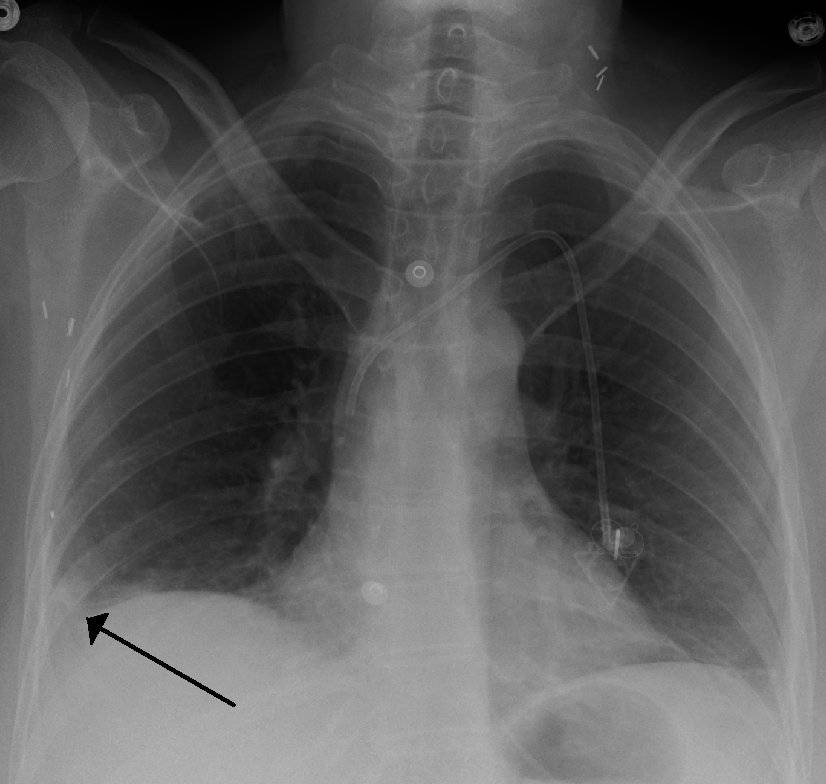 Clinical Significance – Occurs as a result of infarction and subsequent hemorrhage from the bronchial arteries classically due to a pulmonary embolism, but can also be from anything that causes infarction of lung parenchyma.  The sensitivity and specificity of this finding is not robust and is, by definition, a late finding that is really no longer seen in modern medicine.

History – Named after Aubrey Otis Hampton (1900-1955), an American radiologist who received his medical degree from Baylor University in 1925.  He rose through the ranks quickly in the field of radiology ultimately taking a position as chief of radiology at Massachussetts General in 1941.  He first described his eponymous finding in 1940 in his manuscript entitled “Correlation of postmortem chest teleroentgenograms with autopsy findings”.